[1] blank renku – a form of linked verse, written by one or multiple authors in alternating collaboration. Blank renku differs from renku in that stanzas alternate between haiku form, and blank verse. The shortest blank verse stanza would be a couplet. The longest would fill a Post It note, the original (fictional) medium of blank renku, as invented for The Blank Verse Mystery. Variations are expected.

Blank renku can be played as a game, in the original spirit of renku. It merges poetry from East and West. Writers can choose to write in their stronger form or in their weaker one, and in this way it is similar to the game of THUD.[2]

[2] THUD –  [see also Terry Pratchett’s 34th Discworld novel Thud!] “Thud is a strategic [board] game based on the ancient struggle between Dwarf and Troll…Players take turns to play the fast moving Dwarfs as they attempt to trap Trolls in a carefully constructed ambush, then take the part of the fearless Trolls who lumber slowly yet powerfully around the board. You can learn to play in a matter of minutes, and no two games are ever the same.” – discworldemporium.com

More along these lines: another year: haiku by Janice, On The Land

This is the minute of our Earth’s June Solstice. It’s all ’bout being TILTED. 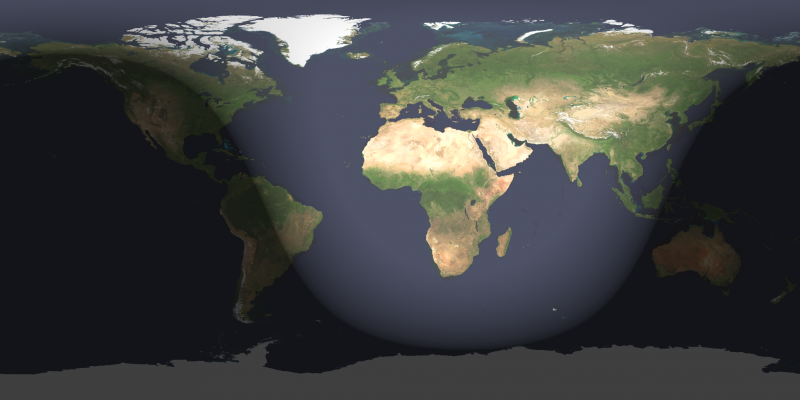 The Earth currently tilts 23 1/2°. Why? What happened? Did the Moon or Mars strike us a glancing blow, knocking us that much off kilter? Wouldn’t that have caused the Earth to continue spinning both along its current axis and along the direction of the strike? Picture one of those multi-axis devices at the county fair, where some adventurous guy gets strapped in, then the carny spins him first one way, then adds another, then another, until the poor sap doesn’t know where he is. Did the Moon (or was it Mars?) correct this dizzying, dual-axis spin as we all settled into our orbits along the solar plane? “It’s a mystery!” cried Benny*.

There are other fascinating things about going tilted.

The Earth exhibits “precession, the cyclical wobble of Earth’s axis in a circle. The motion is like a spinning top when it is about to fall over. One complete cycle for Earth takes about 26,000 years.” In just 13,000 years, the Northern hemisphere (where most of the land masses are) will be on the opposite side of the wobble, and will experience winters at the spot in our elliptical orbit furthest from the sun [aphelion]. The Northern winters will be cooler and this will promote glacial growth.

In 1891, American astronomer Seth Carlos Chandler discovered that there is a “small deviation in the Earth‘s axis of rotation which amounts to change of about 9 meters (30 ft), and has a period of 433 days.”

“The Chandler wobble is an example of the kind of motion that can occur for a spinning object that is not a sphere; this is called a free nutation. Somewhat confusingly, the direction of the Earth’s spin axis relative to the stars also varies with different periods, and these motions—caused by the tidal forces of the Moon and Sun—are also called nutations, except for the slowest, which are precessions of the equinoxes.” [see above]

Just another word for tilted, but I like obliquity, don’t you? Being tilted is sort of like being tattooed, everybody seems to have one (or more), but having an obliquity, now that is something special.

*Benny Alden, fictional character from Gertrude Chandler’s The Boxcar Children book series. Benny was the youngest of the Alden children and was always keen for a mystery. So, was Gertrude related to Seth Carlos Chandler? Coincidence? I think not.